February 29, 2016 – Laird Thermal Systems has developed an advanced thermoelectric cooler designed for high reliability applications like polymerase chain reaction (PCR) thermal cycling, which require extended mean time between failure (MTBF). The polymerase chain reaction (PCR) is a biochemical technology that amplifies a single copy or a few strands of DNA across several orders of magnitude, generating several hundred thousands of copies of a particular DNA sequence. PCR requires a high number of thermal cycle steps to create thousands of strands of DNA sequencing for analysis. This is a harsh environment for standard thermoelectric coolers due to the mechanical stresses that occur during the heating and cooling stage.

The PowerCycling Series thermoelectric coolers are proven to perform for more than 800,000 temperature cycles and can operate in temperatures up to 120°C. This exceeds the requirements for PCR machines and provides a lower total cost of ownership, while increasing opportunity to sell more reagents. A copy of the validation test report can be obtained upon request.

The new PowerCycling Series thermoelectric cooler is constructed with multiple layers between the ceramic substrates, copper buss bars and semiconductor couples. To reduce thermally induced stress, a flexible and thermally conductive “soft layer” is inserted between the cold side ceramic substrate and copper buss bars. The integration of the polymer into the thermoelectric coolers absorbs the mechanically induced stresses caused by rapid temperature cycling. As a result, the stress induced on the semiconductor couples and solder joints are significantly reduced, extending the overall operational life of the thermoelectric cooler. 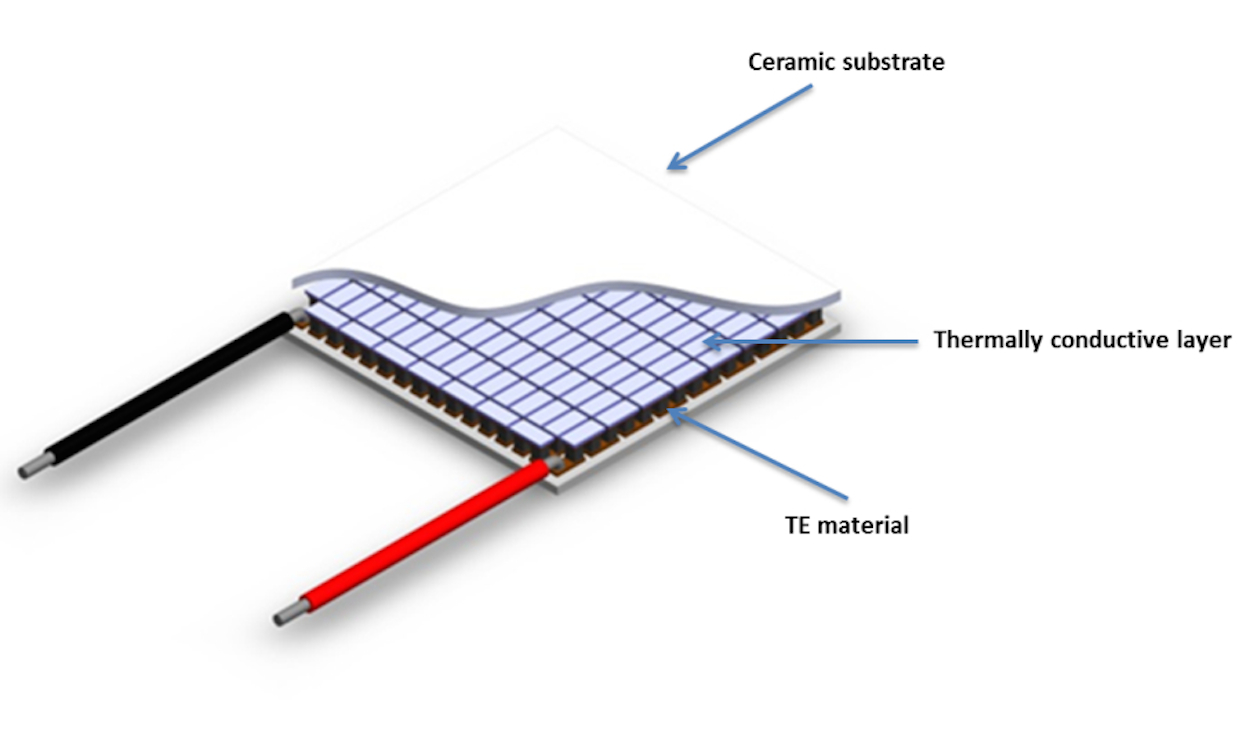