Outdoor kiosks have grown in popularity in a wide variety of applications and sectors, including banking, entertainment, retail, showrooms, industrial and education. You see kiosks everywhere, from banks and airports, to theme parks and train stations. Being located outdoors, kiosks and the sensitive electronics they contain are subjected to extreme temperatures, from the cold of winter to the heat of summer. Ambient temperatures can exceed 40°C or below 10°C. Heat loads for the electronics themselves can range from 20 to more than 200 Watts. These extreme temperatures and heat loads can often exceed the operating temperature limits of the sensitive electronics inside, which in turn can affect their functionality and lifespan.

In addition, the demand for higher telecommunication speeds and computing power through 4G/5G networks and always-on broadband services places a huge demand on the kiosk infrastructure. It's the combination of the outdoor environmental conditions and the continuous operating heat load on these systems that result in the generation of a substantial amount of heat within the enclosure. To ensure all-time availability, cooling systems are necessary to protect the electronics inside.

Compressor-based air conditioning systems have traditionally been used for heat removal in outdoor kiosks. However, they can be noisy and occupy a large amount of space. Also, government regulations, particularly in EU, are making it more difficult to specify a solution since ozone depleting refrigerants are being phased out over the next several years. Natural refrigerant alternatives are expensive with limited flexibility to transport via air. Standard air-to-air heat exchangers can be more efficient, but they are often too large to fit inside the kiosk and cool to a few degrees above worst case ambient temperature. This can be a problem for sensitive electronics or batteries with operating temperature limits. 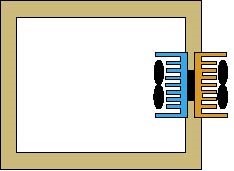 By reversing the polarity on the thermoelectric cooler, thermoelectric cooler assemblies can heat as well and offer precise temperature control. The ability to heat can be useful in winter time where temperatures can drop below the lower temperature limit of the sensitive electronics or batteries. This also eliminates the need for a resistant heater that would be used in traditional compressor based systems lowering costs.

With fewer moving parts in the system, thermoelectric cooler assemblies offer a lower cost of ownership. Almost no maintenance is required. For areas where a lot of dust occurs, a filter is recommended and on occasion heat sinks should be cleaned with compressed air to remove dust. This assures a more efficient cooling system with long life operation.

Laird Thermal Systems offers the Outdoor Cooler Series, which is a rugged, compact air-to-air thermoelectric cooler assembly product family designed for cooling and heating critical electronics in outdoor kiosks. They run on an open loop at nominal voltages of either 24 or 48 VDC, within a wide operating temperature range from -40°C to +55°C. Cooling capacities range from 100 to 480 Watts and are mountable with appropriately sized hardware. The optional bi-directional controller, SR-54 which cool and heat to specific set point temperatures is sold separately. The fans can be controlled once steady-state is reached to reduce noise. 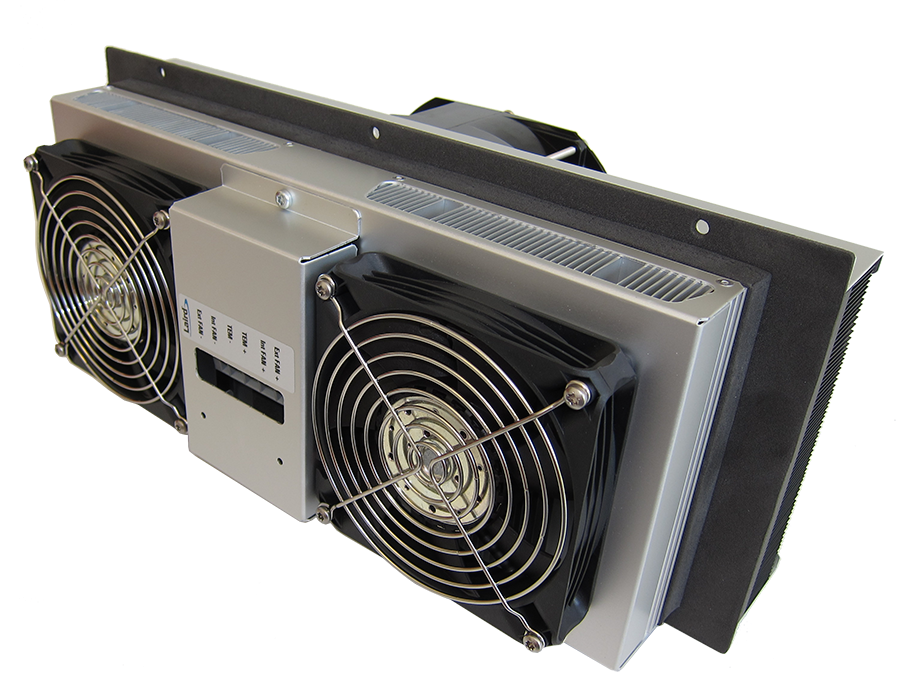 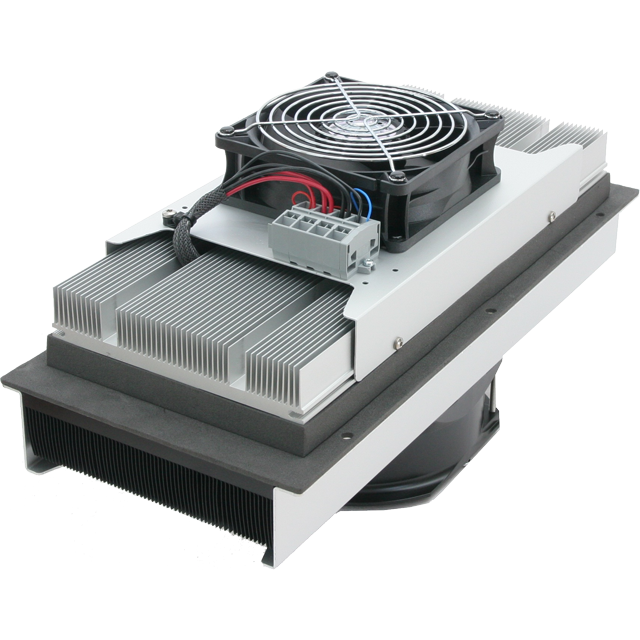 In addition to the traditional vertical mounting, horizontal mounting is now possible, providing the ability for compartment cooling. The compact design and optional mounting features allow the thermoelectric cooler assembly to be installed in a specific section of the kiosk to cool vital components or batteries in that compartment. This compartment will need to be thermally insulated to protect against outside temperatures. Keeping the electronics and thermoelectric cooler assembly separated from the rest of the enclosure can reduce the cooling capacity requirements due to lower heat load removal.

The custom-designed heat exchangers use air-ducted shrouds and brand-name fans to further improve energy efficiency. Flexible cold-side air ducts can be oriented in any direction to accommodate obstruction within the kiosk and to maximize circulation.

The Outdoor Cooler Series does not use compressors or CFC refrigerants, providing environmentally friendly solid-state operation. The solid-state construction offers a cooling solution that requires much less maintenance than compressor-based systems. The heat pumping action is produced by thermoelectric coolers that achieve a high coefficient of performance (COP) to minimize power consumption. The entire product series was designed to pass Telcordia test requirements.

Cooling and heating of critical electronic components or batteries in outdoor kiosks is necessary to maintain long life operation with almost no maintenance. Thermoelectric cooler assemblies provide a reliable and cost-effective alternative to traditional cooling solutions. They offer a high cooling performance in a compact footprint and are environmentally-friendly, which eases concerns with new government regulations, particularly coming from the EU, regarding removal of ozone depleting refrigerants. 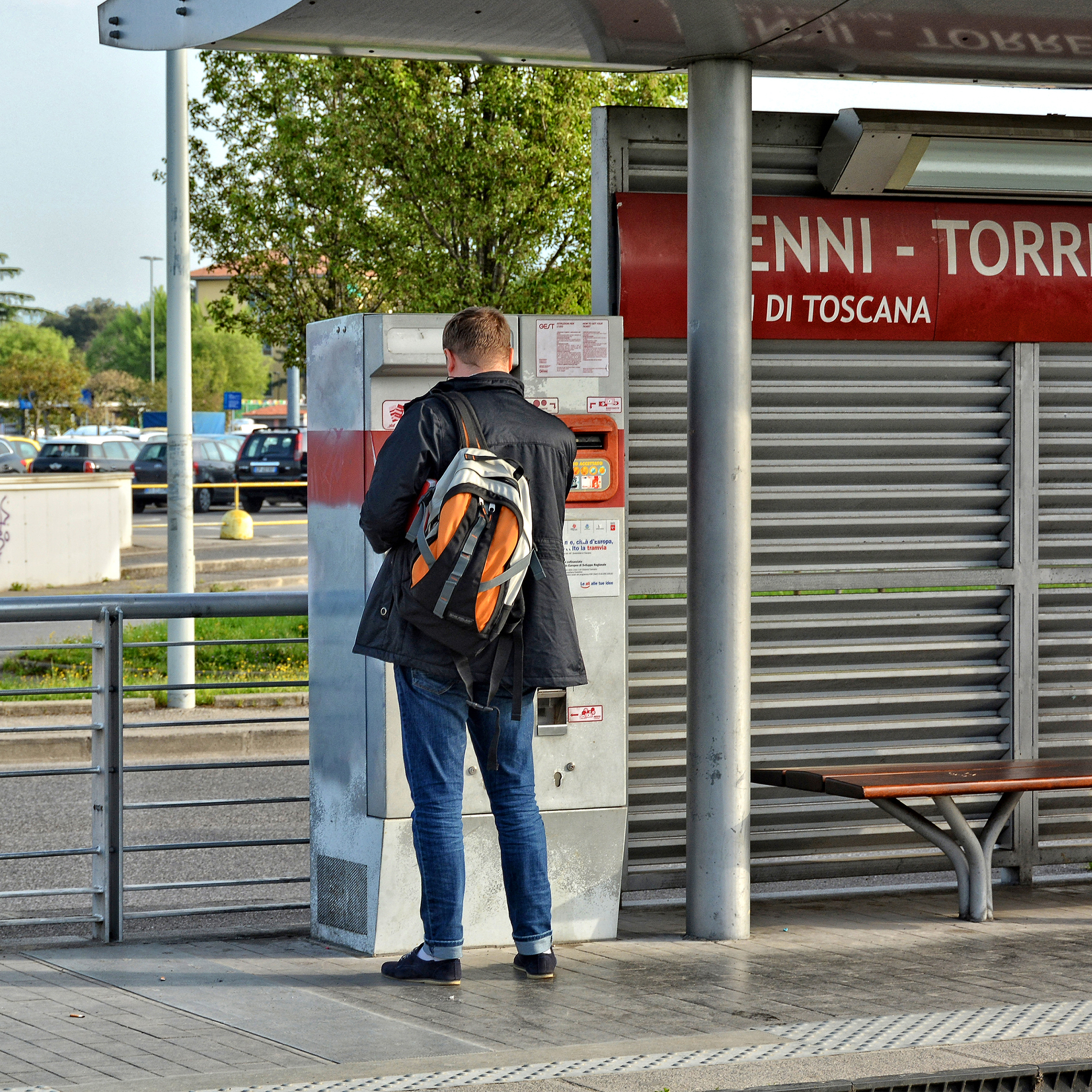