Industrial laser systems generate a large amount of heat during operation that can affect temperature sensitive optical components. Depending on the type of laser system and optic materials used, the optics need to be kept at a nominal temperature between 20 to 35 degrees C with a temperature stability of ± 0.5°C. Industrial lasers systems larger than 10 Watts typically require some kind of active cooling solution, such as provided by a thermoelectric cooling solution, to reject heat and maintain optimal temperatures of the laser and associated optoelectronics.

Solid-state thermoelectric coolers utilize the Peltier effect to create a temperature differential (ΔT) when transferring heat from one side of the module to the other. With no moving parts, the solid-state device can cool electronics to well below ambient temperatures while significantly reducing maintenance requirements and operation costs when compared to other cooling technologies.

It is critical to keep sensitive devices below their maximum operating temperature to prevent them from degrading and to keep them functioning efficiently, safely, and accurately.

“Given that the heat rejection path for passive cooling of these devices still elevates its temperature, a method of active spot cooling will be required to keep the lasers cool while the surrounding environment is hot,” said Andrew Dereka, Product Director at Laird Thermal Systems. “Our enhanced UltraTEC UTX Series is ideal for spot cooling of industrial laser applications that require high heat pumping capacity in a small area.”

The UltraTEC UTX Series comes in various footprints, capacities, configurations and voltage inputs.
More information on the UTX Series can be found by visiting https://www.lairdthermal.com/products/thermoelectric-cooler-modules/peltier-utx-series.

To learn more about thermal management for industrial lasers, download a free copy of our application note. 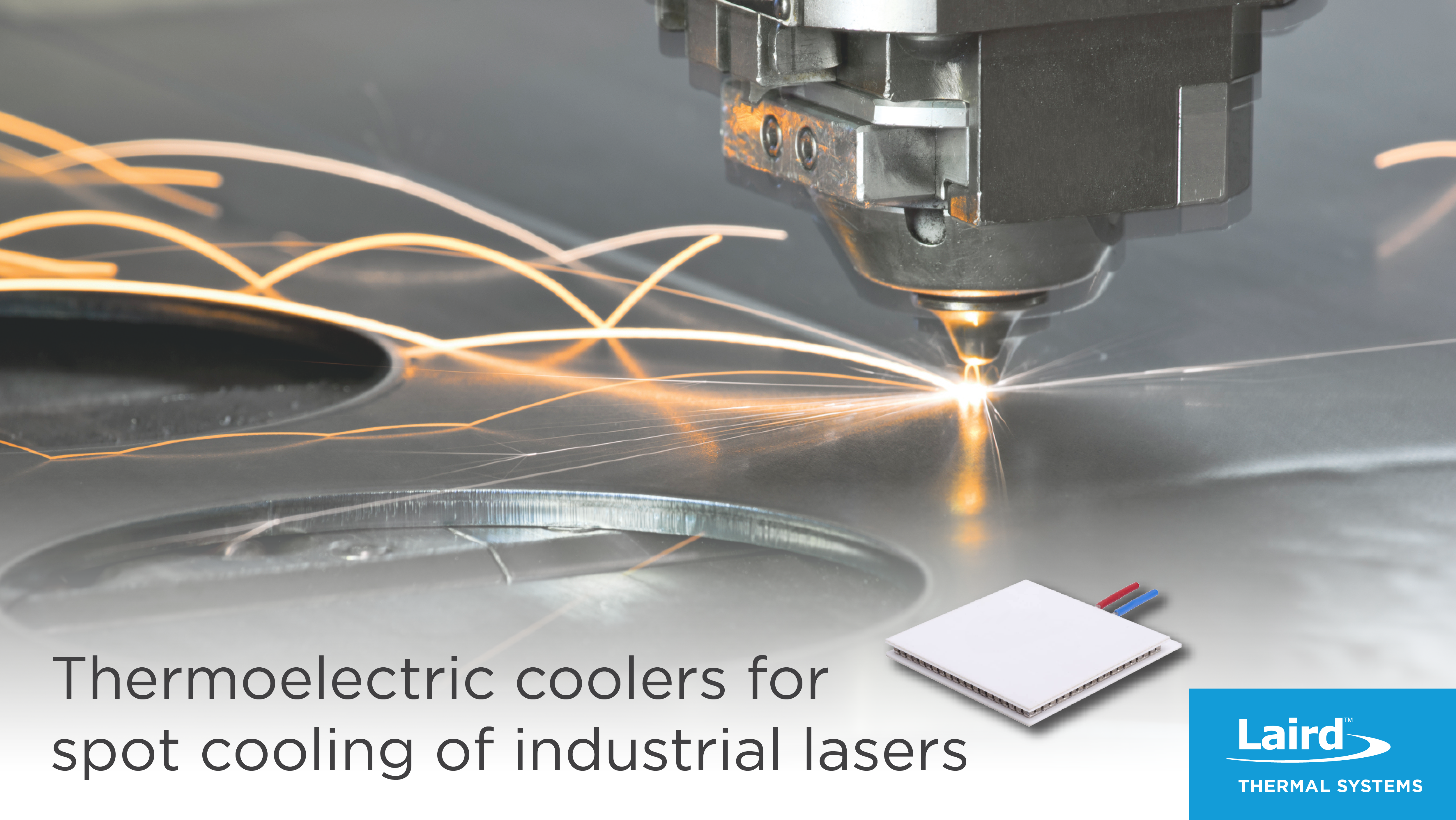