October 27, 2020 – Imaging sensors and other sensitive camera components such as FPGA’s require active cooling to keep operating temperatures below their maximum limit, ensuring high-quality image resolution. Due to solar radiation and increased heat flux density from surrounding electronics, outdoor security cameras can reach temperatures up to 90°C. This may cause performance degradation, loss of image resolution or even system failure. Laird Thermal Systems™ new HiTemp ETX Series can survive in temperatures up to 150°C, making them ideal for spot cooling in outdoor security camera applications.

Designers of outdoor security cameras not only face challenges such as harsh environments and system temperature fluctuations, they are asked to pack a growing number of features into smaller form factors, resulting in higher internal heat loads in the camera. A lack of airflow due to completely sealed compartments makes it even more difficult to dissipate heat away from temperature sensitive electronics such as imaging sensors. 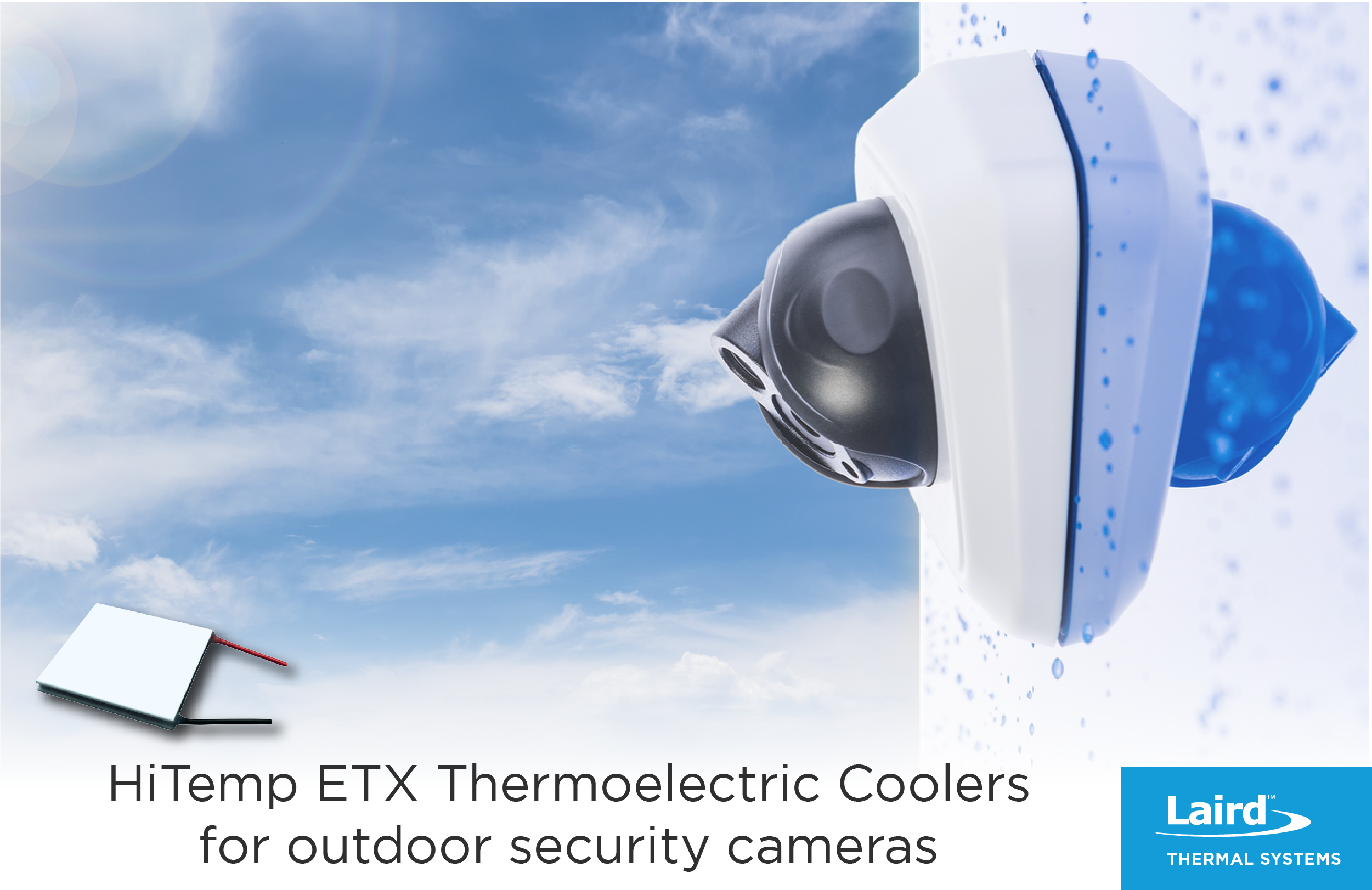